Public folders on your mobile

ExMixedFolders enables you to access public folders on your iPhone, Android or any other mobile device.

find out how it works!

Perform the synchronization or migration of Exchange mailboxes between Office 365 or on premise 2007 - 2013. 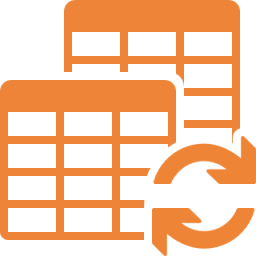 Synchronization of any Exchange folder with one or many mailboxes makes it easy to synchronize for example public folders with your smartphone like iPhone or Android.

This service enables you to synchronize calendars, contacts, tasks, emails and other default elements of the Exchange server.

ExMixedFolders is a system service for Exchange Server which can synchronize folders within the Exchange server structure or it can synchronize folders, folder hierarchy or mailboxes with a second Exchange server. The service can be installed remotely, for example to access the Exchange online server or it can be installed directly on the Exchange server. The user whose Outlook folder is synchronized has no contact with the service, as it can be configured by an administrator. However, it is also conceivable to use the service without the help of the IT expert, since this can be set up via Autodiscover similar to the configuration of an account in Outlook. If you only need access to one mailbox, the license is free.

ExMixedFolders can be used by anyone who has access to the Exchange web service of their Exchange server. You can establish the connection to the server either with your own access data or by impersonation, on behalf of others.

You can share a public contact-folder with all your team-members and change it for example.

In case you want to sync one or more public folder(s) with one mailbox, there is already a free license for it inside. 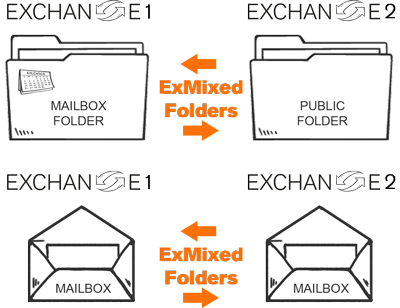 3. Synchronization of Office 365 or other Exchange Online server contents 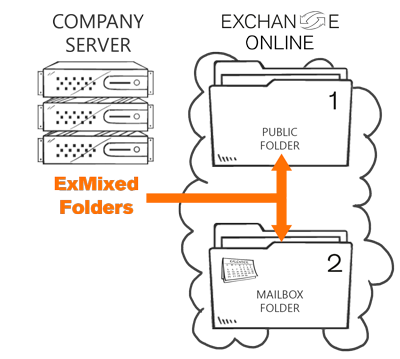 You can use this program in order to sync Microsoft 365 or any other Exchange Online Providers (which activates EWS) between each others. You can synchronize content from one mailbox to another or from public folders to a mailbox.

As well you can use it to migrate between local Exchange and Exchange online, while the sync is running you can work on both systems.

It would, for example, be possible to offer your clients the service from your own cloud in the form of a subscription service. Also there are sceneries imaginable where you migrate mailboxes from and to Exchange Online. 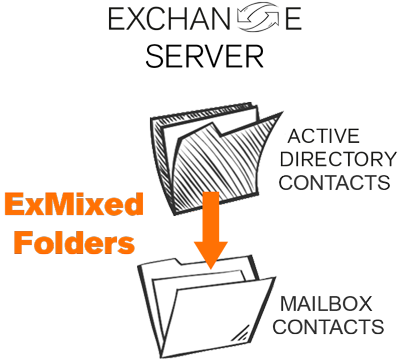 In your phone which supports ActiveSync you have the possibility to search trough your Global Addresslist, but there is no built in function which shows you the profile if a number of those lists is calling. With ExMixedFolders you can sync these lists into your own mailbox contacts, which enables you this functionality

In order to provide your users the ActiveDirectory contacts you are now able to create synctasks which can sync GAL, ActiveDirectory or Office 365 contacts into the mailboxes. You can select the address-lists from AD or you can filter the addresses by your own filters. 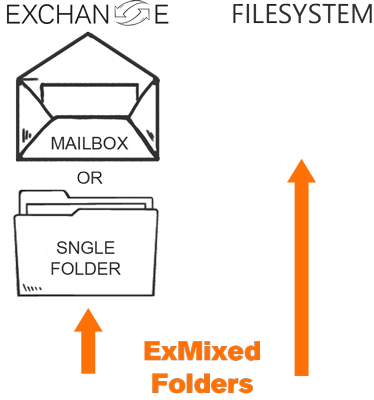 Since Exchange 2010, you can also use ExMixedFolders to back up any Exchangefolder or folder structure. If necessary, you can restore them in an empty folder.

6. Import from other data sources 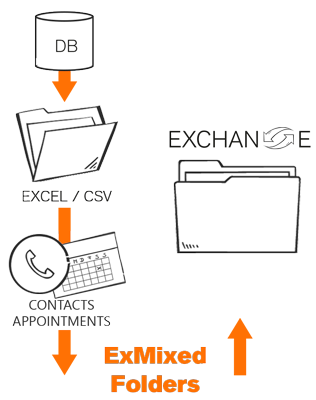 If you need to import data from other databases by CSV or from an Excelfile, the import-task from ExMixedFolders is the right one for it. You can point to a file which contains the contacts, appointments or tasks and every time this file is changing, the import to Exchange will start again to update the selected Exchange folder.

With the ODBC Database Import task, you can specify a database as a source and a query to access the data you need.

With the Import-task "CSV, iCal, Excel ...." it's possible to import iCalendar files into an Exchange calendarfolder. The task runs in an interval which you can set. With this task you can import Google-calendars or for example holiday-calendars.

The software allows you to create multiple Exchange connections, so that the service has access to different Exchange servers, or mailboxes.

In order to build a connection between folders or even mailboxes you can build one or more service-connections. After you have successfully connected to your server, you can create synchronisationtasks which are dependent from the serviceconnections. 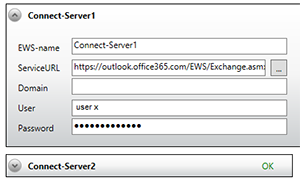 The software enables you to set up several Exchange connections. Thus, the service can access different Exchange servers or mailboxes. 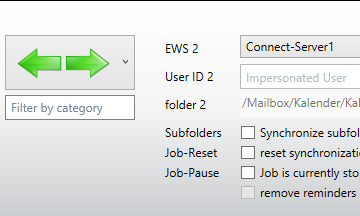 Set up synchronization jobs, which create folder pairs. The folder pairs can be connected uni- or bidirectionally. A filter enables you to only synchronize elements of a certain category. 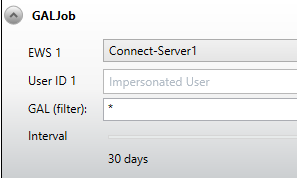 GAL Sync to your mailboxes

You can set up jobs which are able to sync global addresslists to your mailboxes in order to use it when you are offline with your phone.

Choose the synchronization method that suits you best:

With this version you can match one mailbox for free. If you want to match more mailboxes, you need to purchase additional licenses. Also, the version includes 5 trial licenses for 30 days.

Order Licenses to work with more than one mailbox:

On request you can order an enterprise license as well.